We've been closely following the progress and travails of the SR99 Alaska Way viaduct tunnel replacement in Seattle as there was a LOT of Aslan 100 GFRP rebar used in various launch, reception and safe havens that enable the TBM Bertha to pass through the deep foundation diaphragm walls.
The "anisotropic" nature of the GFRP rebar, (strong mainly along its main axis, but less so perpendicular to the length of the bar) means is can be "consumed" by TBM's.   For earth pressure balanced TBM's, it's the go to method for beginning and ending TBM runs now.

The Bertha TBM with a face diameter of 57.5ft is the largest TBM in the world.  Previously, we had Aslan GFRP bars pass through a 49.2ft diameter TBM in Asia.  Bertha has already successfully passed through our fiberglass rebar to begin its run and we'll be cheering for the successful repair of the TBM so that it can continue its progress.

Often times, we think about "soft-eye" projects like the SR99 tunnel as "temporary" works projects.  In Seattle, the designers wisely used the higher grade vinyl ester resin based Aslan GFRP bars with the thinking that things don't always go according to plan.  This has turned out to be a wise choice.   Often times, in other parts of the world, tunneling contractors are more than willing to cut corners here and there without really understanding the implications should things not go according to plans.

The Seattle Alaska Way Viaduct tunnel is not without its critics.  Opponents of the project will look for any opportunity to cast aspersions to reinforce their perspective.  One way or the other, the project is already an engineering marvel and we feel its successful completion in years ahead will have an extremely positive impact on all of Seattle.

I was spurred to write this quick blog after reading an excellent article on the project in Bloomberg this morning.  Check out the article here:
http://www.bloomberg.com/graphics/2015-bertha/ 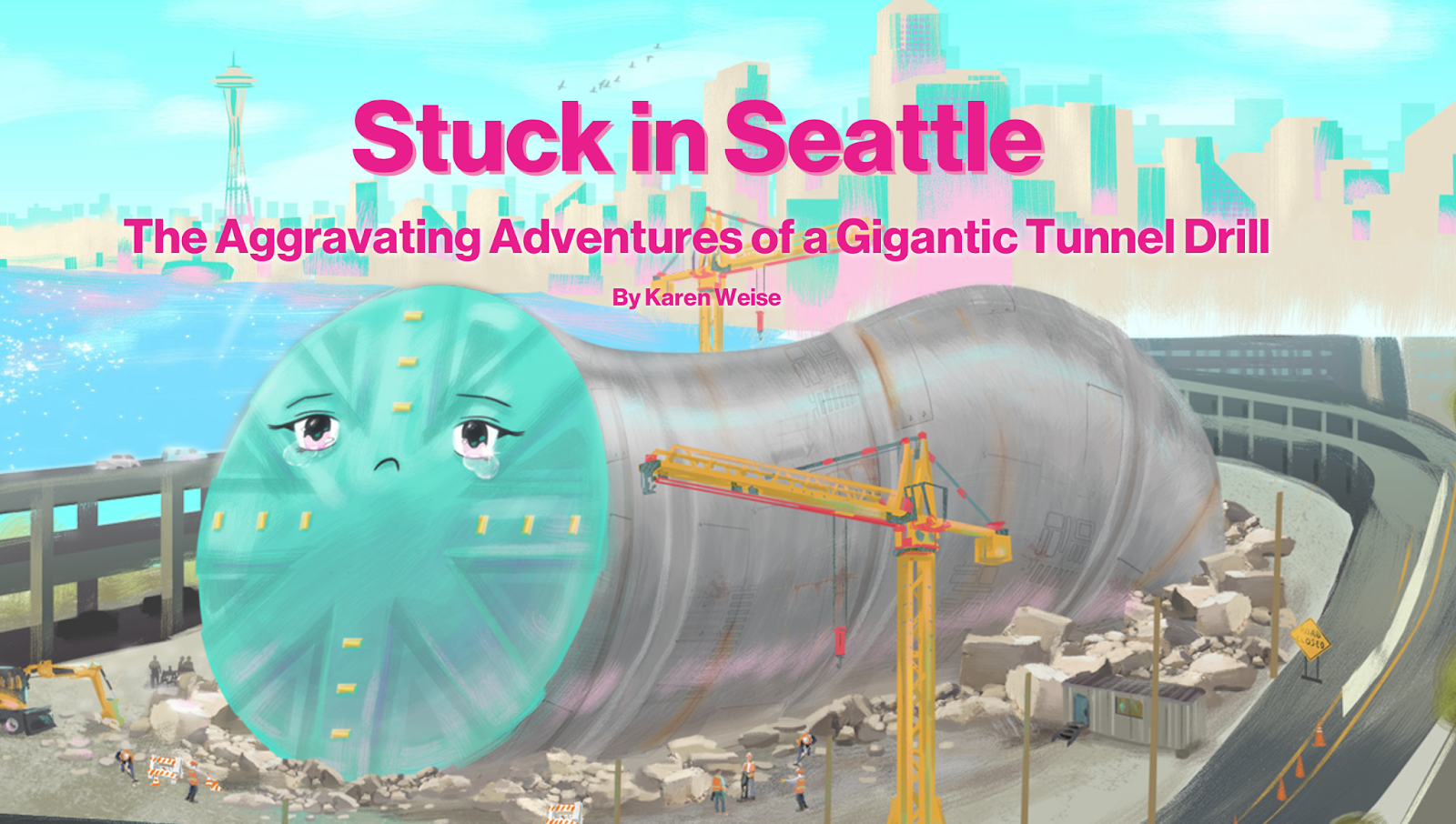