A few days prior to the Hawaiian webinar, Ryan travelled to give a similar lunch and learn to Wiss Janney Elstner, one of the nations pre-eminent engineering firms.

If you haven't found the design tools we've recently made available, there are a number of spreadsheet implementations of various aspects of ACI 440.1R design on our web pages here:   http://aslanfrp.com/fiberglass_rebar_designstandards.html

These MS Excel spreadsheets are straight forward implementations of the 440.1R design guide covering aspects of design such as a reinforced concrete beam, development and lap splice lengths, multiple layer reinforced concrete beam design, and some specific ones for using Aslan 100 GFRP rebars in TBM soft-eye openings made of diaphragm slurry walls and bore pile configurations.  Please download the tools and reach out to our engineers to have them walk you through their use if need be. 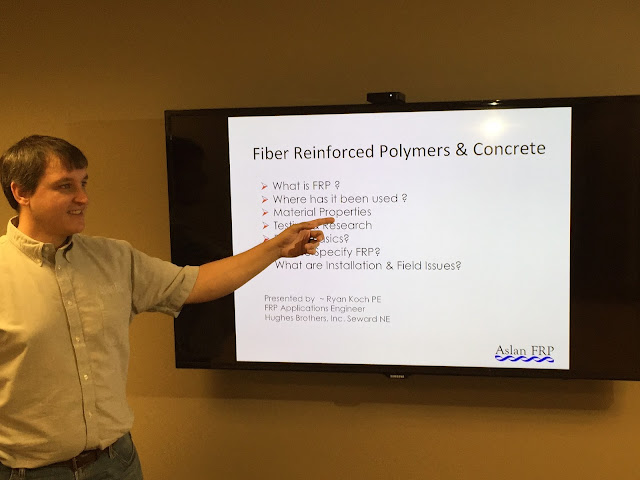 If you are unfamiliar with the ACI 440.1R design guide or designing your first project using Aslan 100 GFRP rebar, don't hesitate to get in touch with our engineering staff.  Contact links, background on the design support services we offer and some templates that help consolidate the necessary information we require are found on this page as well.
http://aslanfrp.com/fiberglass_rebar_designstandards.html

If you would like to earn some professional development hours or would like to have a webinar given for your firm, one of our missions is helping you design longer lasting concrete structures with GFRP rebar.  While we are a leading producer of this material, our design webinars are generic in format and similar to the official ACI 440.1R design seminars. 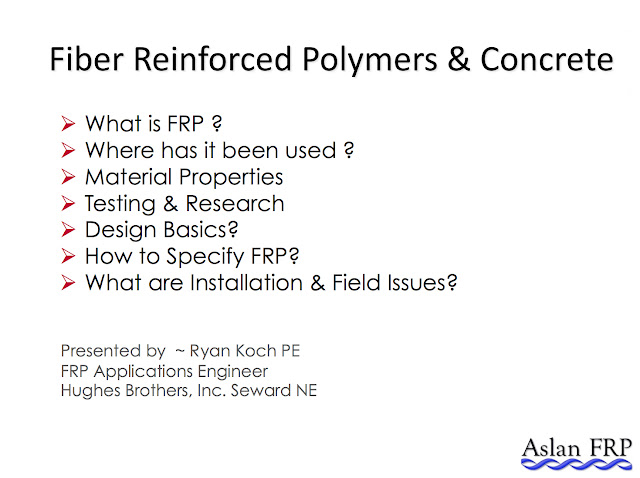 Posted by Doug Gremel at 6:57 AM No comments:

The ACI International convention in Kansas City was a big success with advancements for he FRP industry on many fronts.

On Sunday, the biennial FRP student beam competition was held in the exhibit area of the convention center.  There were a lot of great GFRP reinforced beams of all configurations from a broad spectrum of universities in the USA, Canada & Mexico. 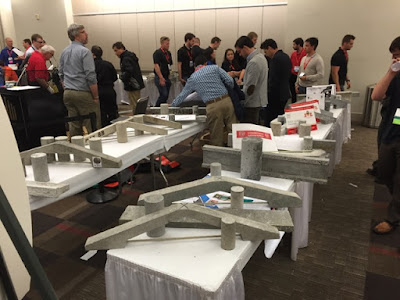 For the competition, our Jon Fischer and Casey Mattson assisted as judges for the event. 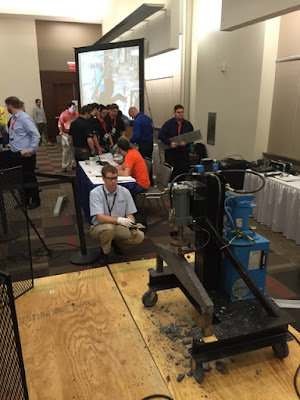 With regards to standards and committee work, there were some important resolutions to the repair document 440.2R with regard to seismic provisions.  In 440-H it was announced that the 440.1R-015 document is now available.   This represents the 4 iteration of the 440.1R design guide and a further maturation of the consensus design advice provided.   The next major milestone is codification of the design guidance.  This effort is well underway under the leadership of Dr. Vicki Brown of Widener University.   During our meetings in Kansas City, Vicki shepherded us through an initial draft of the document and good headway was made on initial chapters of a 440.X-XX code.

A joint meeting of ACI 440-K / ASTM D.30 committee was chaired by Dr. Russ Gentry and Dr. Chuck Bakis.   Most of the discussion centered on advancement of the ASTM D.30 GFRP rebar material spec for solid round GFRP bars like our Aslan 100 series.  We've made great progress in the last several months resolving a number of issues.   Its possible that we are close to resolving most of the sticking points and another ballot iteration will be forthcoming soon.

At the conclusion of the various 440 meetings, we held our FRP Rebar Manufacturers Council meeting chaired by John Busel of the American Composites Manufactures Association.   Our industry efforts to advance the use of GFRP rebar will certainly see more reward as we work together to advance our mutual interests as an industry.   During the meeting, I was elected to be Co-Chair of the FRP-RMC along with Mr. Cam Crawford of Marshall Composites.

Of course, an important part of ACI meetings are the networking, seeing colleagues and sharing our mutual interests in advancing the use of reinforced concrete.   For the past several conventions, we've opted to have a booth so we can share with engineers, academics and friends the developments of our Aslan FRP product line.  Some of us took the opportunity in Kansas City to have a little fun with the formal dress at these functions.  For some reason people kept asking me to get them drinks and park their cars ? 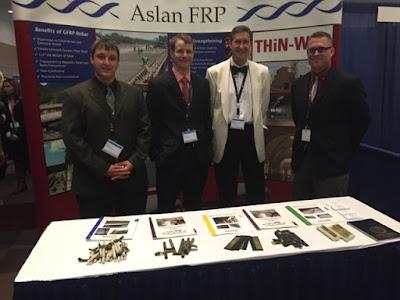 Posted by Doug Gremel at 6:38 AM No comments: