Recently we had the opportunity to visit our first bridge project, the Sierrita de la Cruz creek bridge built by Texas DOT on Route 1061 about 25 miles north of Amarillo Texas.
The bridge was built in the summer of 2000 using Aslan 100 GFRP rebars as top mat reinforcing above precast prestress deck panels placed on simply supported concrete bridge girders.  At the time of construction, there was little design guidance, no test methods, nothing resembling a material standard but there was a large measure of common sense and desire to do the right thing.  One of the smart things done was to incorporate a series of "witness bars", put various strain gages and monitoring in place to be able to evaluate the performance of the bridge deck with the novel at the time GFRP rebars. 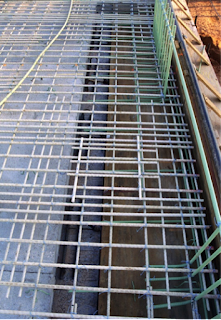 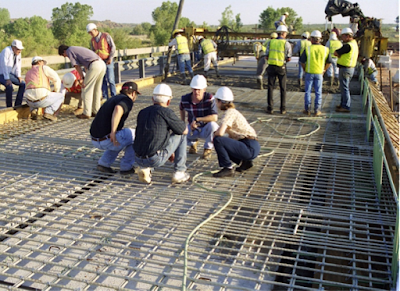 15 years later, Ryan Koch and I picked up Jason Cox from Missouri S&T and met Mr. Tim Bradberry, the original bridge designer from TxDOT in Amarillo.   Working with some great local TxDOT crews to arrange for traffic control, we were able to successfully take core samples for analysis from the various black steel, epoxy coated steel and GFRP rebar witness samples. 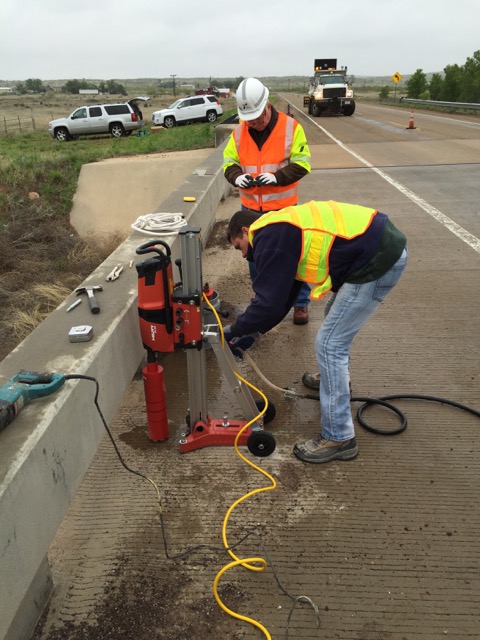 While most of the samples have been sent to independent labs for Scanning Electron Microscope or SEM, Energy Dispersive X-Ray Spectroscopy or EDX, Chloride depth and pH measurements, there was one sample where the depth of the core was along the same plane as one of the GFRP rebars.   As a result, when we popped the core off, there was a 3.5" loose Aslan 100 GFRP rebar remaining ! 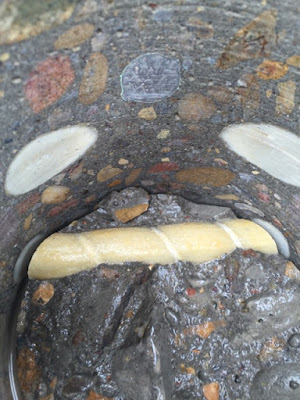 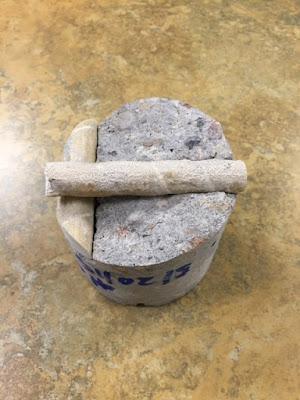 Coincidentally, for a #5 GFRP rebar, a specimen length of 3.5" for a 5/8" diameter bar is needed to perform a short beam shear or "inter-laminar shear" test per ASTM D4475.  This is a test we do routinely for each production run.  AND, of course we had all the production lot certs on file from 15 years ago that we did at the time of construction. 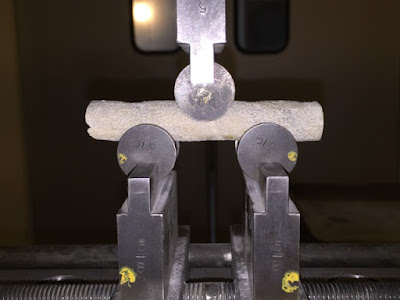 After 15 years of service in a bridge deck in Amarillo, we can report that the inter-laminar shear or short beam shear properties of the Aslan 100 GFRP rebar are every bit as good as the day they were made !

Thanks to Jason Cox for this skill in extracting core samples.  We are on the path to some excellent, independent, scientific validation that Aslan 100 GFRP rebar will last a very long time helping our nations infrastructure be more durable for very little short term cost. 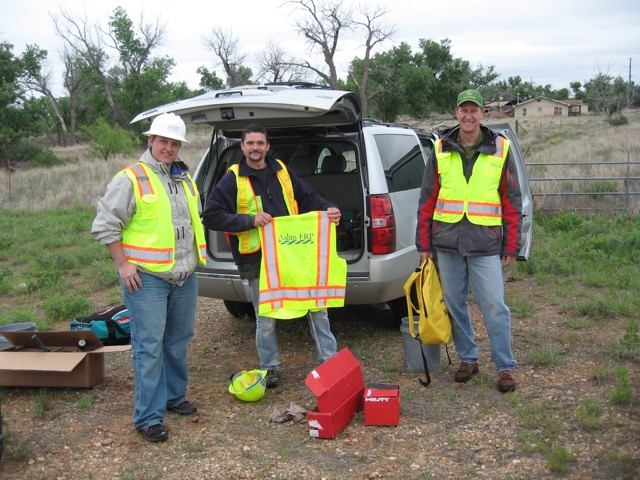